I’ve historically had a love/hate relationship with the new year, but I’m beginning to make peace with it. For introspective types like myself, the New Year can create a little bit of existential angst. The passage of time can be a melancholic thing to ponder. I also do that thing where I wonder what will have changed in my life by the next New Year’s Day. Do you do that, too?

On the other hand, I love a blank notebook with high quality paper inviting me to reflect on my intentions for the coming year. Hope is a new Moleskine.

I’ve also become very appreciative of a teaching of mindfulness meditation—the concept of beginning again. Rather than berating yourself because you become distracted, you accept the distractions as part of the practice and simply begin again. Despite my cynicism, I cannot resist that January hope, and I sincerely believe that this collective hope moves the needle.

When I think about books that reflect the feeling of the New Year, I think of those that are relentlessly hopeful. I love how Barbara Kingsolver describes hope—as a “mode of survival... of resistance... not a state of mind but something we do with our hearts and hands.”

Hopeful books are those that include struggle, survival, and strength of character. They aren’t void of difficult subjects. On the contrary, characters demonstrate resilience and resistance in response to hardship. Here are a few suggestions for other readers hoping to begin again.

The Kite Runner by Khaled Hosseini
The Kite Runner contains one of my favorite lines of prose. It’s spoken over a telephone line connecting Afghanistan to San Francisco, California and it’s an invitation to the protagonist to begin again. “Come. There is a way to be good again.” These words prompt Amir’s return to a country and a childhood of secrets and regret that he thought he’d left behind. The Kite Runner is a story of forgiveness and second chances—a perfect January read.

The Love Songs of W.E.B. Du Bois by Honorée Fanonne Jeffers
Love Songs is a novel dense both figuratively and literally. It spans 200 years, numerous characters, and over 800 pages to tell a singular narrative that is the story of the United States. At the center of the novel is Ailey Pearl Garfield, whom we first meet when she is three years-old and journey with her throughout the pivotal moments in her life. Ailey’s chapters alternate with the songs— a chorus of ancestral voices that connect us to Ailey and provide an understanding of the countless ways in which we are all connected. The novel explores generational trauma, but it also celebrates generational resistance and hard-won hope.

Stay With Me by Ayobami Adebayo
Stay With Me tells the story of a marriage—told from the perspective of both partners, Yejide and Akin. While it’s assumed that Akin will take multiple wives, he and Yejide agree when they meet in University that polygamy is not for them. When the couple cannot have children, however, their ideals begin to falter under societal and familial expectations and secrecy. This novel is ultimately a hopeful and powerful statement about how we must rewrite longstanding narratives to create the families we desire.

Still Life by Sarah Winman
British soldier Ulysses Temper has a chance encounter with an art historian Evelyn Skinner while sheltering in a deserted wine cellar in Tuscany, 1944. As bombs rain down on these two, they drink wine and talk about art and life. After the war, Ulysses struggles to resume his life in London, so when a financial windfall allows him the opportunity, he returns to Tuscany creating a family and a livelihood from the ruins.

A Long Petal of the Sea by Isabel Allende
Another war-time novel, although this one begins during the Spanish Civil War as thousands are fleeing General Franco’s fascist regime. Among these refuges is Roser and her brother-in-law, Victor Dalmau. They board a ship chartered by poet Pablo Neruda and set sail for Chile, the “long petal of the sea and wine and snow.” What I loved most about this novel was the fortitude and adaptability of Roser—young, pregnant and widowed, she acts on instinct at every turn to survive in her environment—wherever that may be. Allende’s storytelling is, as always, masterful and magical. 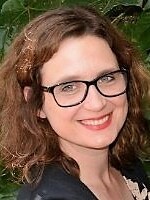