Tulsa Mayor G.T. Bynum says he and councilors may try to pass a general obligation bond for money to repair failing city facilities around town.

The Tulsa World reported the possible bond will be $115 million. Councilors could put the bond before voters as early as this summer.

To back up his push, Bynum points to a municipal courtroom where sewage sometimes leaks through the ceiling, a city medical building with a rodent problem, firetrucks more than a decade past their recommended usage and a performing arts center millions of dollars away from compliance with the Americans with Disabilities Act.

“This is funding that we’ve identified that we’d be able to utilize to refurbish and renovate existing city facilities,” Bynum said.

Bynum told reporters the Tulsa Performing Arts Center has some of the biggest burdens of delayed repairs of any city-owned facility. PAC CEO Mark Frie estimated the center will ultimately have to spend about $25 million to reach ADA compliance.

“Right now, you are in the only area that can give you access to any dressing room or any stage level that doesn’t require multiple levels of stairs,” Frie told councilors while in a room near the center’s back exit.

“We’ve literally had a bucket right there,” she said.

The one of court’s elevators used to transport detainees also hurt an officer because “it did a jiggle stop,” said Mark Hogan, head of the city’s asset management. The city replaced the elevators themselves in recent years but didn’t replace their rails because it would be too expensive, Hogan said.

Tulsa’s other first responders — its firefighters — have to use firetrucks 16 years older than their recommended seven-year lifespans. And to raise their ladders, they have to take the trucks outside — something that’s not always easy to do if the weather doesn’t cooperate, Hogan said.

“You can hear them scurrying around sometimes,” Berry said.

When asked if the facilities were a detractor for potential outside investors to Tulsa, Bynum said the city is still an attractive place. He said its venues — namely the BOK center — get high marks on an annual basis.

But he still said the city owes residents upkeep of its current facilities.

“We can’t just build new things. We also have to maintain the things we already have and do that well if we’re going to be responsible stewards of taxpayer dollars,” Bynum said. 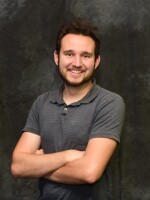