State Question 777: Listening to Arguments For and Against the "Right to Farm" Proposal

On this installment of ST, we are discussing State Question 777, the so-called "Right to Farm" proposal, which voters statewide will decide on come November. As was noted recently in a Tulsa World editorial: "Both sides in the debate over State Question 777...have been guilty of excesses in their arguments. The proponents have suggested that only a state constitutional measure could shield cherished rural values of decent working farmers from the meddling hands of bureaucrats and lunatic eco-extremists. The opponents have claimed that, were the measure to pass, almost any imaginable cruelty -- up to and including ramming a steel rod down a puppy’s throat to 'debark' it -- would become legal and have the same protection as free speech in Oklahoma. We don't think either nightmare scenario is likely, and chalk up the exaggerated rhetoric to the need to get voters excited....and the desire to raise money." We at StudioTulsa aim to discuss this debate without such out-sized pronouncements, and in doing so we welcome two guests: one is against SQ 777 (former Oklahoma Attorney General Drew Edmondson) and the other supports the proposal (Michael Kelsey of the Oklahoma Cattlemen's Association).

Covering the Local-Food Movement in Green Country: A Chat with the Editor of "Edible Tulsa"

On this edition of ST, we speak with Valarie Carter, a classically trained chef, food writer, wine columnist, and catering/events coordinator. She's also the editor of "Edible Tulsa," which is a newly launched bimonthly print publication (accessible online at this link) that celebrates the local food culture of our community and its surrounding environs. The magazine's tag line -- "Eating. Drinking. Thinking.

"Eating on the Wild Side: The Missing Link to Optimum Health"

Buying local and frequenting farmers' markets continue to be very popular pursuits, and for obvious reasons. But what's the best strategy for navigating the produce section of your average supermarket? Our guest on ST is Jo Robinson, an investigative journalist who lives (and often "grows her own") on Vashon Island, Washington, and who specializes in science and health. 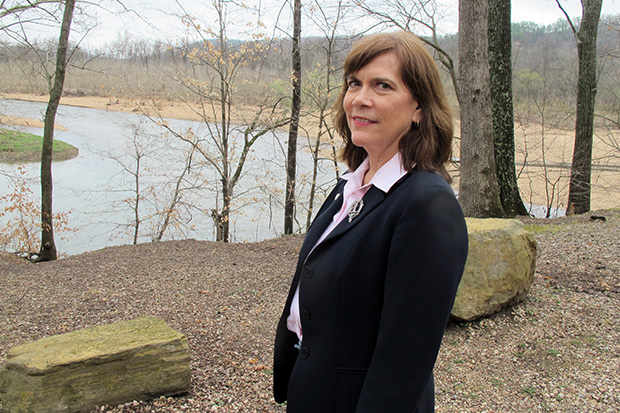 Bayer To Buy Monsanto For $66B, Part Of A Trend Of Consolidation In Big Ag

Big Ag Agrees to Conserve Cropland, But At What Cost?

Taxpayers help subsidize crop insurance premiums for farmers to the tune of about $9 billion dollars, a figure that's growing each year. These policies protect farmers from major losses, and help support their income even if there's no loss of crops.

And in return? Well, environmentalists argue that farmers who receive this financial support should be required to be good stewards of the land. The latest update of the U.S. Drought Monitor. Dustin Green, owner of 10 Acre Woods farm near Norman, feeds a few of his 400 or so chickens.

OKLAHOMA CITY (AP) — A former secretary with the Oklahoma Farm Bureau is charged with embezzling from the organization.

Appeal Filed to Keep Oklahoma Farming Measure off the Ballot

OKLAHOMA CITY (AP) — Attorneys for opponents of Oklahoma's so-called "Right to Farm" ballot initiative have filed an appeal to try to keep the measure off the statewide ballot in November.

Attorney Heather Hintz said an accelerated appeal was filed in hopes that the state Supreme Court will take up the case before an August deadline for the Oklahoma Election Board to print the November ballot.

There are some Christmas foods you make far in advance that just get better and better with age and anticipation. Like British fruitcakes that age into their boozy ripeness, and German gingerbread cookies called lebkuchen that get softer and spicier as they mature.