Oklahomans could get the opportunity to vote for abortion access in the state. A ballot initiative is in the works, and it crossed an important threshold this week.

Organizers filed the paperwork for the initiative late last month. State Question 828, if it ends up on the ballot, would amend the state’s constitution to create new protections for pregnant residents and the people who provide their care. Among other things, it would protect Oklahomans’ right to an abortion up to fetal viability, and afterward if a medical practitioner deems it necessary.

After the paperwork was filed, opponents had a set period of time to challenge the question in court. Usually, if an opponent files a challenge, they accuse organizers of a procedural problem like misleading language.

Rep. Mickey Dollens, a Democratic lawmaker who supports the initiative, says no challenges have been filed, so now the Secretary of State will decide when proponents can begin collecting signatures.

Once that date has been set, organizers will need to collect nearly 173,000 signatures within a period of 90 days. 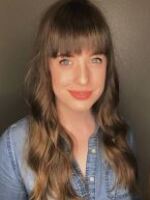