A New "Messiah" for Tulsa

“It’s a story – it’s like reading a novel” is how British conductor Timothy Brown describes George Frideric Handel’s oratorio, Messiah. “As a novel, it has no poor moments. It’s a page-turner.”

Brown, the distinguished former director of Cambridge University’s Choir of Clare College, was in Tulsa earlier this month to conduct Messiahwith the chorus of Saint John’s Episcopal Church. Now in its fourth year, the annual production is the brainchild of Saint John’s music director Joseph Arndt, who saw an opportunity to create a new and unique tradition. Although Messiah is a holiday staple, most modern performances are heavily cut and use instruments that are quite different from what Handel would have known.

Instead, Arndt assembled a 17-piece orchestra of baroque period instruments, including gut-stringed violins and valveless natural trumpets, and brought his former teacher from Cambridgeshire to lead his 24-voice choir. The result is a fresh take on a timeless masterwork, restoring lightness and nuance to the music as it was first heard in London in 1743.

Yet for both Arndt and Brown, the piece’s message is at least as important as the music. Messiah traces Jesus’s birth, ministry, passion and resurrection through excerpts from the King James Bible deftly assembled by Handel’s friend, Charles Jennens. Though not an opera, the work breathes dramatic life into the text through solo arias and choruses, from the tender “Comfort Ye, My People” to the triumphant “Amen” – not to mention the famous “Hallelujah” chorus. This year’s performances presented Handel’s score in its entirety, realizing a longtime goal of the performers.

You can hear the 2019 performance of George Frideric Handel’s Messiah, recorded live at Saint John’s Episcopal Church, on Sunday, December 22, at 4:00 p.m. on Classical 88.7 HD-1. 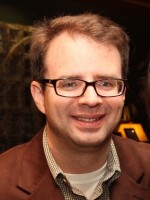