A nurse practitioner at Hillcrest Medical Center in Tulsa has died, according to a statement from a Hillcrest spokesperson. Multiple social media posts appearing to be from colleagues and a fundraising campaign appearing to be created by the woman's husband say it was due to complications from the novel coronavirus.

"We are extremely saddened to learn of the passing of our colleague and friend," the Hillcrest statement reads. "It is a tragedy to lose one of our own who tirelessly served our community and patients. We extend heartfelt condolences to those who had the privilege of knowing her, hoping for peace and comfort for her loved ones."

According to a GoFundMe fundraising campaign appearing to be created by her husband, Aimee Williams died on Saturday at a hospital in Oklahoma City after being transferred from a Tulsa hospital. The page says Williams contracted the disease on the job. As of 2:00 p.m. Monday, the campaign had raised more than $17,000.

In a public Facebook post made by someone identifying as a registered nurse at Hillcrest, Williams is said to have battled the disease for a prolonged period of time.

"After a hard-fought battle with Covid-19 for nearly 4 months, my sweet friend and coworker Aimee passed away this weekend," the person writes.

"Nurses, she was one of us. She sacrificed her life for the sake of her patients. She is a hero to me."

Several other social media posts from apparent health care providers have been published acknowledging Williams' death and attributing it to the coronavirus.

Health care providers across the country have contracted the virus, with hundreds known to have died.

In an interview with Public Radio Tulsa last week, Dr. Jabraan Pasha of OU Physicians - Tulsa said that exposure to the virus is a major concern for health care workers and hospital leaders, both because of the damage the virus can do to a person as well as that it can cause staffing shortages for doctors and nurses forced to quarantine. 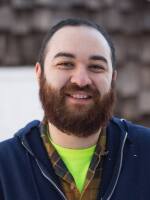